Flashback: That phone that ran on AA batteries


A single AA battery. That’s all that is needed to power the most basic phone dubbed SpareOne Plus. As you can tell by the name, this one is intended to be a backup phone only to be used in case of emergency (it was originally designed for first responders).

Its best feature is that it can sit on a shelf for 15 years and be ready when you need it. Modern phones with their lithium batteries can’t match such endurance – the self discharge rate can be as high as 2% per month, meaning lithium batteries lose charge even if the device is completely powered down.

And they are, of course, very difficult to swap out. Not so on the SpareOne, which lets you pop in a fresh battery easily. You probably already have an AA battery or two at the bottom of a drawer, right?

This is vital as it is pretty common for a strong storm or flooding to knock out the power grid. Speaking of, the phone’s packaging served double duty – it’s a water-proof pouch, so you can fish it out of a flooded cellar and the phone will still work.

This was an extremely basic phone. It had 2G connectivity only (two bands), which is a problem in the US – AT&T already shut down its 2G network, T-Mobile will follow suit in the next few months and this is a GSM phone, so it can’t connect to legacy CDMA network. The SpareOne first came out less than 15 years ago, by the way. Technology ages faster than most things, even when its meant to last over a decade. 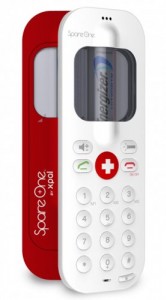 You could pre-program the phone with nine favorite contacts, or use the keypad to dial any number. There’s no display (just a couple of status LEDs), so a voice would speak the digit you typed. Also, the emergency button (the plus) sends out your location to select contacts as well as the authorities too – basic as it is, the phone supports Enhanced 9-1-1 (using triangulation).

That single AA battery is good for up to 10 hours of talk time. And while you needed to provide your own SIM card for making calls to friends and family, calling 9-1-1 doesn’t require a SIM. If you wanted to, you could take out the SIM card from your (presumably dead) smartphone and pop it into the SpareOne. There was a SIM ejector tool and a microSIM adapter stashed inside the phone to help you with that task.

There is also a weak LED torch on top, which will come in handy in case the power is out. There’s no FM radio receiver, however, which would have been nice so you could listen to emergency announcements.

The SpareOne Plus wasn’t a very successful product as it cost $60 when it originally launched. However, these days you can pick one for under $10 on eBay. But keep in mind that 2G networks around the world are shutting down, they’ll certainly be gone before the battery expires.

A couple of years later SpareOne came out with a 3G version of the phone (also, the 2G modem was upgraded to quad-band). That really extends the lifetime of the device, though some 3G networks have already shut down, so pretty soon this phone will face the same issues as its 2G sibling.

Another upgrade is that this model featured an actual GPS receiver, so that it could calculate your location more accurately than cell tower triangulation. Between the GPS and 3G connectivity, this SpareOne phone needed two AA batteries.

These weren’t the only phones to be powered by standard AA or AAA batteries. In fact, in the early days of cell phones something like this was fairly common. But today we’re interested in the more recent devices.

Like this chunky thing from Sanyo. It was powered by a single AA battery, a rechargeable NiMH battery this time, which was good enough for 10 days of standby or 5 hours of talk time (this was again a 2G-only phone). 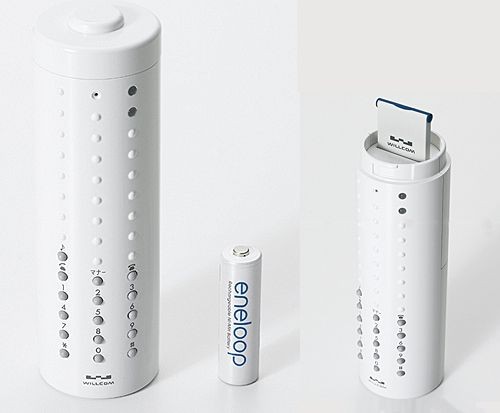 Looking at it, we think this was more of a way to promote Sanyo’s Eneloop batteries than an actual attempt to sell phones. It was a showcase of the low self discharge rate enabled by the Eneloop technology.

The Olive FrvrOn (“forever on”) was a more earnest attempt to sell phones. And it was a much better phone too. Not amazing or anything, but it had a 1.5” color display (CSTN) with 128 x 128 px resolution. And it did have an FM radio. 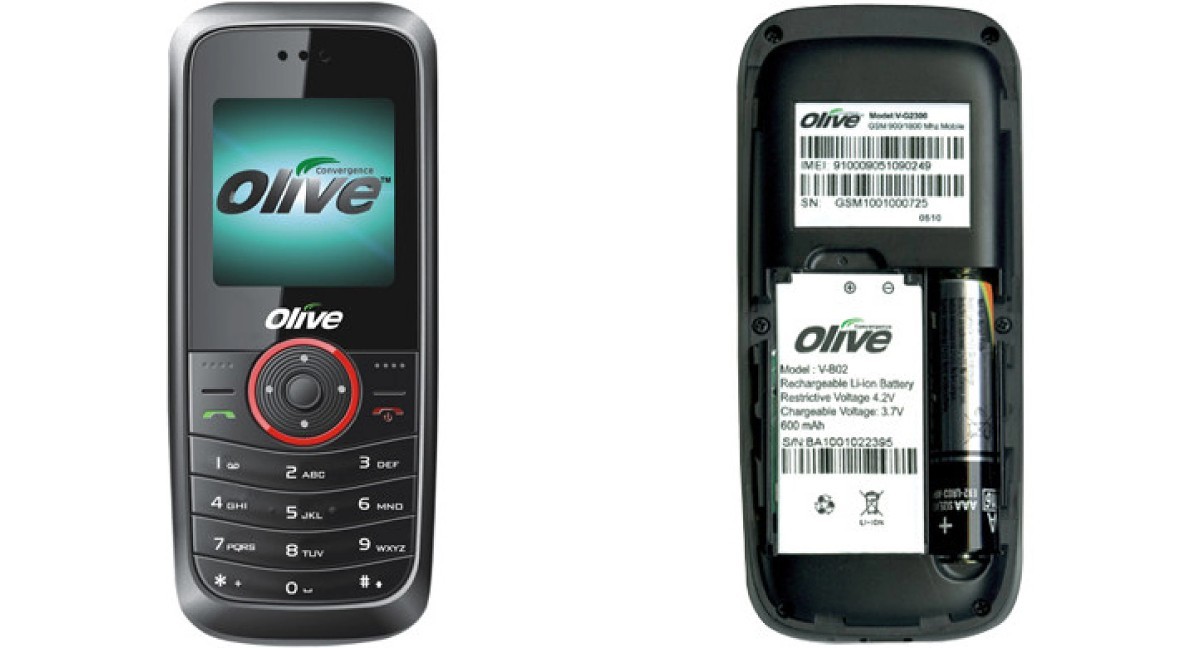 There was a 600mAh Li-Ion rechargeable battery built in, but the phone could also be powered by a single AAA battery. The FrvrOn was launched in India back in 2010 and had a cost INR 1,700 at the time ($37 or so).

AA and AAA batteries aside, plenty of weird ways have been proposed to power a phone. Some of them practical, others not so much. For example, we already looked back at the Samsung Blue Earth, which had a solar panel on its back. As did the Puma Phone.

You had to be very patient with these to get even a few minutes of talk time. That’s still better than the Ulysse Nardin Chairman, which used a rotating weight to trickle-charge the battery from the energy of your movement (similar to automatic watches, which is Ulysse Nardin’s main business). 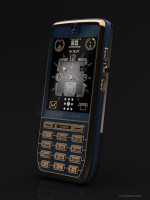 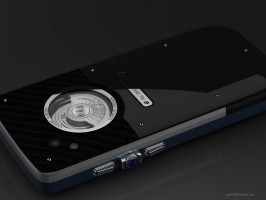 The Ulysse Nardin Chairman was as luxurious as it was impractical

A more reasonable – if just as impractical – solution was to use wind power with an accessory like the iFan. Alas, this was a concept that never made it to consumers. 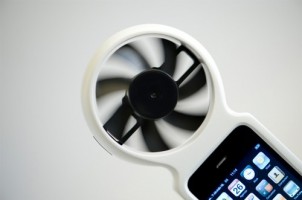 Wind-powered iPhones were on the table at one point, using the iFan accessory

There was also the Pan Charger, which used a Peltier element to turn heat into electricity. Did someone say coal powered cell phones?

However, our “favorite” method ever proposed was dreamed up by South Korea’s Sungkyunkwan University – it was developing a technology that collected energy from your voice to power the phone. 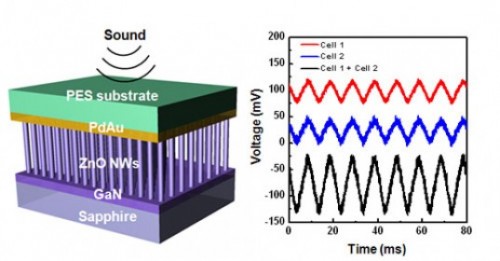 Granted, the prototype required 100 dB of sound – that’s as loud as a jet taking off or using a jackhammer – so you may have needed to shout quite a bit to make a call. We think we’ll stick with texting, thanks.