iFixit teardown shows the Samsung Galaxy S21 is easier to repair than the S20, still not perfect


iFixit took apart a Samsung Galaxy S21 and gave it a repairability rating of 4 out of 10. While the S20 never got an official rating from iFixit, this year’s flagship is clearly easier to repair. Check out the video below for a look at the critical areas.

The less than perfect score is because the two most common repairs – changing the battery or the display – are still pretty tough. Samsung glues down the batteries in its phones instead of using pull tabs, so taking it out is no easy feat. 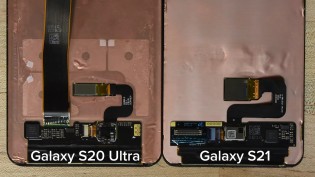 Check out the iFixit report for more details. By the way, the video has a great side by side shot of the new fingerprint reader next to the one on the S20 – it has a much larger surface area (the sensor is discussed after the 3 minute mark in the video).