Xiaomi recently made its first Wi-Fi 6E router official. The Mi Router AX6000 is priced at CNY 599 (about $91) and is currently available for reservation in China and will be going on its first sale on January 8. It is chuck-full of next-get Wi-Fi features, which we will mention shortly. However, it’s difficult to properly get a sense of the new technology, without a practical illustration. In a short clip, Xiaomi did just that, placing the Mi Router AX6000 in the center of a huge stadium and then testing the Apple iPhone 12 Pro Max and the recently-launched Xiaomi Mi 11 for Wi-Fi speed at different angles and distances. The goal was to see how much of the 800 Mbps broadband bandwidth going into the router would ultimately end-up transmitted to each phone.

Before you set the comment section ablaze, we realize this is neither a proper scientific or very practical test to run. It is squarely meant to showcase the theoretical benefits of running a cutting-edge Wi-Fi 6E router, with a compatible client device, like the Mi 11. Apple’s perceived “loss” here simply stems from the fact that it uses a slightly-older Qualcomm X55 modem, equipped with the company’s FastConnect 6800 subsystem for Wi-Fi, whereas the Mi 11 get to enjoy the latest and greatest Qulcomm X60 modem, with its FastConnect 6900. Without going into too much technical detail, the latter gets access to the new 6GHz band, which is one of the major things the “E” in Wi-Fi 6E denotes over the “basic” Wi-Fi 6. It then runs advanced 4-stream (2×2 + 2×2) Dual Band Simultaneous (DBS) operation, allowing it to combine a 2×2 6 GHz connection with a 2×2 5 GHz connection on top of that, for a theoretical maximum peak speed of 3.6 Gbps.

Of course, you need a compatible and capable router to even get close to such speeds, which is where the Mi Router AX6000 comes in. It has a theoretical maximum aggregated wireless output of 6000 megabytes/s and is also equipped with a 2.5Gbps LAN port. The latter complies with the IEEE 802.3bz standard and can work with existing Cat 5e ethernet cables, making it a great upgrade path, as home internet connections start exceeding the 1Gbps mark in certain places. 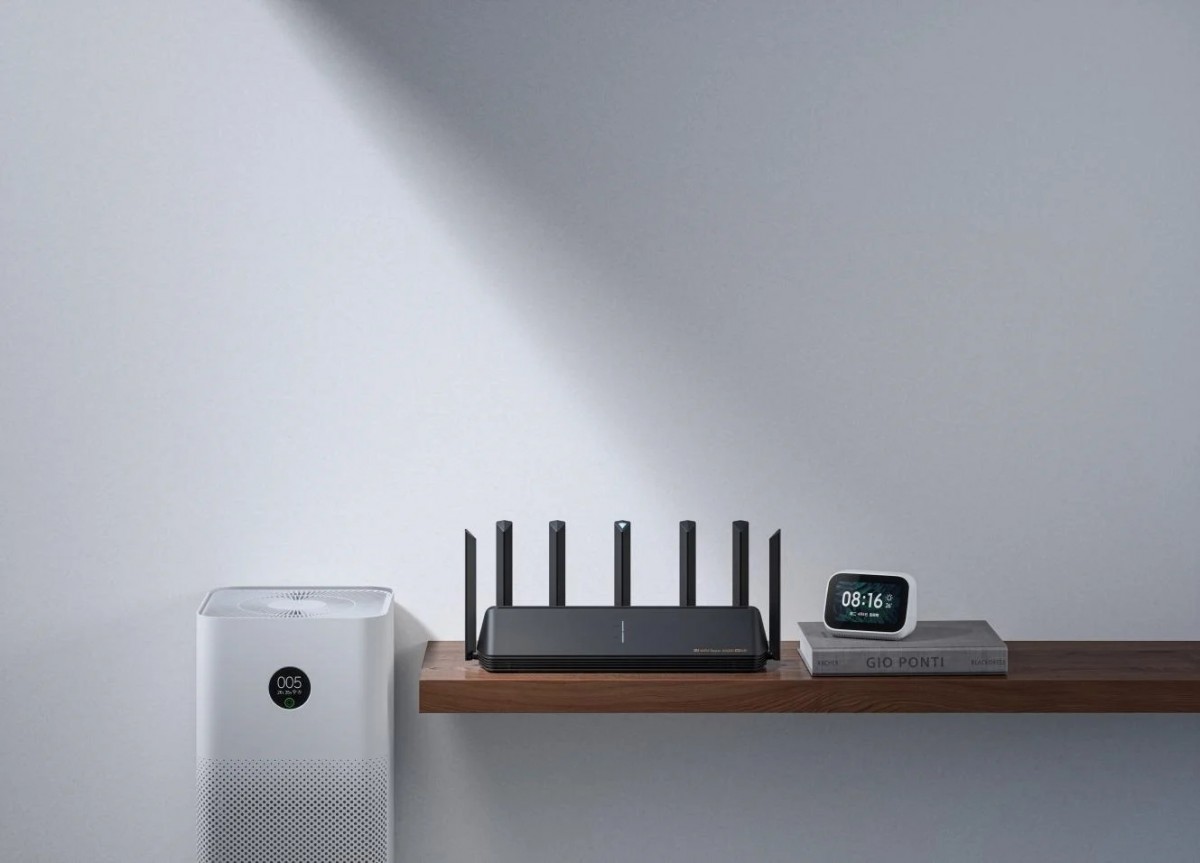 Compared to “vanilla” Wi-Fi 6, which, by the way, is also a major and long-overdue upgrade over Wi-Fi ac (Wi-Fi 5), which you can read more about here, Wi-Fi 6E and the Mi Router AX6000 in particular offer 4×4 160MHz bandwidth, double the 4×4 80MHz bandwidth of Wi-Fi 6. Then there is 4K QAM modulation high-speed transmission technology, which claims to compress data transmission and achieve 20% greater density and hence 20% more data transfer at the same time compared to the previous generation 1024 QAM. Leveraging that and 512MB of on-board RAM, the Mi Router AX6000 promises blazing single-device speeds, as well as support for up to 248 simultaneous clients. A feature that will become more and more important with the proliferation of IoT tech.

With six independent signal amplifiers, the Mi Router AX6000 also promises great coverage and not just at a large open stadium. A single router should be able to effectively cover a large three-bedroom apartment. And if you need anything beyond that, the AX6000 offers support for Xiaomi Mesh. There are also other smart software features included, like automatic Wi-Fi password randomization and synchronization with Xiaomi smart devices that support Xiaomi ChangKai Connect. Also, the AX6000 can intelligently identify some Xiaomi/Redmi phones and automatically toggle gaming-specific network optimization for their Wi-Fi traffic, as needed.